We closed today and are so excited to be homeowners in Gilbert, AZ!

It’s hard to believe we’ve been in our current home in Chandler, Arizona for over ten years. We moved in on a Friday in July 2011, painted and unpacked all weekend, and our oldest son started kindergarten the next Monday!

In the fall of 2016 my hubby quit his job to dive full time into a new career as a Realtor. Early 2017 was when we found out we were pregnant with Kate. His real estate career has had some major highs and lows but in 2020 when he starting flipping houses, things turned around and caused us to wonder what our next steps were. We’ve explored many options and have toured a dozen properties whether for possible flips or for our family. We have some bigger, long-term dreams and have wondered whether we should move in that direction vs. give ourselves an in-between step.

I’ll admit…the uncertainty was starting to get to me. I wanted to update and customize our current home or start fresh somewhere else–not be stuck in limbo.

Recently we felt strongly that our current home isn’t working anymore for a family of five, especially with as much as we love to entertain. We have hardly put any improvements into this house knowing we wouldn’t be staying. In trying to get the boys’ rooms more functional and think about making updates, it became frustrating because we didn’t want to tailor a house to our needs if we were just going to move out.

In early October, I spent a restless night thinking things over (again) and praying. I woke up with a very strong conclusion: I was going to tell Drew we needed to find our next home and MOVE ON.

As I got up and at ’em the next morning, the front door flew open and Drew came charging in. “Is your phone off?? I’ve been calling you!”

“It was still off from the night! What’s going on??”

“I found a house we need to look at. It might be a flip but it might work for us.”

You can imagine my big eyes. *I* was supposed to tell HIM we needed to find a house and there he was, first thing in the morning, telling me he’d…found a house.

We both went onto our laptops to look up the MLS but I was seeing an old listing and couldn’t figure out why the house he was looking at looked totally different. Once we figured it out, I was aghast. It would be beyond perfect for our family! (Plus it had some updates and a better yard)

We scheduled a showing and told ourselves to look at it as a possible flip but keeping in mind the option of moving into it ourselves. While we did look at things from a business perspective, we both kept saying how amazing it was that it fit our “next step” criteria so closely!

By the time we left and I’d told him “I was going to tell you TODAY that we needed to find a house to move in to!” he’d already talked to the listing Realtor and within hours submitted an offer. FOR US. To get the house…for us. I’d told him I’d need to see it again with the eyes of “we could live here” but that didn’t happen. By evening we were under contract.

The next day was a blur because I had a root canal in the morning. But afterward we met my parents there to take a look and surprised them with the news. As soon as we pulled up, my mom said, “You guys should get this house!” I replied, “We really should,” but she didn’t notice. Hehe.

As we showed her around, she said, “This would be perfect for your family!” By the time we reached the pool I finally told her we were under contract to buy it. There was shock and celebration. It all felt like a dream to me.

That night we had the boys create wish lists for our next home and told them we wanted to move SOON (wink, wink). Their own rooms, a bonus space to play, a bigger yard and…their big wish…a pool. The next day we took them through it then surprised them with the news, too.

They boys were equally impressed with how it literally “checked all the boxes.” And a lot more!

In the time since, we’ve chosen a new slab of granite for the kitchen island/bar (it had a big crack), a paint color to go throughout, carpet for the upstairs, doors leading outside from the master bedroom…and that’s about all it needed. We feel so incredibly fortunate.

In the days leading up to finding this place, I was so angsty that Drew was going to insist I get away for a few days to find my footing and regroup. But when the house started to fall into place, the next chapter became clear. God truly does direct our steps, even when we can’t see it.

Other timing factors have also been at play that reassure us…we’re going exactly where God needs us to be.

It’s only five miles north of our current home and in Gilbert, Arizona instead of Chandler, Arizona. Gilbert was where we lived when we first moved to Arizona in 1998 and I’ve always called it “my heart’s home.” Hey, Gilbert…Tab’s back.

The most exciting part is we’re having our family stay in the new house for Thanksgiving weekend and we’re hosting 30+ people for Thanksgiving dinner. There’s plenty of room for everyone! After they all go home, we’ll start slowly moving in.

The prospect of taking only our favorite stuff and getting a fresh start makes my heart sing.

It’s been a long five years since Drew started his new venture in real estate. We weren’t sure where it would lead but we’re thrilled to share this new chapter with you. We see lots of gatherings, parties, retreats and celebrations in our new home in the future! Subscribe to my emails from this form and follow me on Instagram hereto stay up to date!

Are you ready to elevate your life and style?

I'm Tab and my passion is teaching women to dress confidently in their best colors so they're free to walk in their God-given purpose. I also offer gatherings, workshops and events. Please enjoy exploring, I'm so glad you came! Read More… 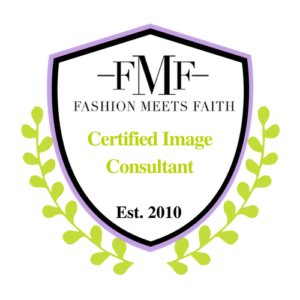