I tell people this secret all the time and they laugh, or occasionally nod in agreement. Then I explain that Drew and I have found

the secret to a happy marriage

and they realize I’m serious–and they stop to consider it.

Before I tell you, there’s a story you need to hear.

I had guy best friends as a teenager and young adult but only one boyfriend before I met my husband.

The ex-boyfriend is a really terrific guy and we remain in touch 16 years later.

On the night he broke up with me, I knew he was either going to propose or dump me and once we broke up, I felt relieved. Afterward, we spent hours talking and hanging out then parted ways that night with a resignation that it was for the best. A few days later, I drove him to the airport and demanded that he tell me why he broke up with me.

I love to study human behavior and consider myself something of a relationship expert so I wanted the truth. In his explanation, he told me,

I appreciated his candor.

Fast forward to 2001 when my college friend Sarah, a fellow Resident Adviser and the best friend of my roommate, took me with her on Thanksgiving break to introduce me to her brother, Drew. We hit it off and in the weeks that followed, logged a lot of instant messaging conversations and phone conversations. During one in particular, we got to talking about what we were looking for in a future spouse. Drew said,

I almost fell out of my bunk bed.

Drew wasn’t my “type,” at least not initially. He didn’t look the part–he’s blonde, fair-skinned and has greenish gray eyes unlike my typical tall, dark and handsome type. He was also much smarter, sweeter and more affectionate. He didn’t need any work. He was a real man.

One thing we liked about each other initially was that we were both living our own lives, working on being our best selves and pursuing our own passions and interests–not just waiting on “the one” to complete us. Drew knew I wasn’t looking for a man to make me happy–I just wanted a man to do life with and have a family with, someone easy on the eyes who would protect me and support me. Anything beyond that would be gravy.

So what’s our secret to a happy marriage?

A marriage built on low expectations.

Do we expect each other to be faithful, to give 100% to our relationship, to come home every night, to stick together for better or for worse? Absolutely.

But extravagant gestures, impromptu getaways, even consistent date nights…those are the proverbial icing on the cupcake.

My husband works hard and gives so much to our family. He sometimes apologizes for not having more to give and I remind him, “I’m just glad you keep coming home every night.” He doesn’t believe me but truly, that’s all I expect. Anything beyond that is a bonus. I don’t pressure him to wash my car every weekend, plan romantic date nights or woo me. When it happens (and it does–a lot), I’m thrilled but I don’t expect it.

If he doesn’t pull out all the stops for Valentine’s Day or our anniversary, it’s easy to shrug it off because I don’t expect more than a card and a hug.

When I’m busy with projects and deadlines and he’s going to bed early and getting up early every day, we fit in an episode of The Office and are happy with the time we get. If one of us gets stuck with all the kid duties for a period of time, it’s no big deal.

This Thanksgiving will mark 14 years since we met and I can honestly say that every year, it keeps getting better.

Seeing women showing UP to their life authentically and confidently--THAT is what excites me. I am a strategist, bringer of the fun, trail blazer and agent of encouragement offering creative and effective strategies to help women elevate their image and expand their influence. I'm also a magazine junkie, dedicated wife, fun-loving mama, bargain shopper and story teller trying to use my powers for good in this crazy world. I love my life!

Welcome to your confidence boost!

Hey there from sunny Chandler, Arizona! My passion is helping women dress in their best colors and fine tune their wardrobe so they are free to live their purpose. Your image should get you noticed and make you unforgettable! Once you are dressing UP, we can talk about influence and connection. You'll find it all here! Please read and explore and let me know how we can collaborate. I’m glad you came! Read More… 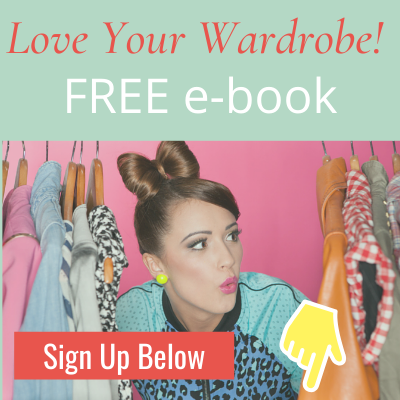