Today marks a decade since I became a mom. As many of you know, I try to avoid controversial topics in real life AND on my blog, so I avoid dispensing parenting advice. If you don’t think parenting is a controversial issue, just give your opinion is a mixed group sometime and wait for someone to tear your head off. BUT I would like to share my

lessons in motherhood after a decade of mothering

straight from my heart.

1. Improve on what your parents did.

In my opinion, every generation should get better.

I had a friend say to me when she was pregnant with her first child, “I’m going to raise my kids exactly how we were raised. After all, I turned out OK.”

I’ve heard so many people say, “My parents did so-and-so and I turned out OK,” usually in reference to something imperfect or even harmful and I want to yell…

Most of us would say that there are areas where we didn’t turn out totally OK. Why not try to improve on that for your children??

I had an amazing childhood, yet I’d still like to do better by my boys. And I hope they do better for my grandkids, too!

2. Begin with the end in mind.

What kind of person do you want your precious little newborn to become?

We’ve always tried to base our parenting decisions on this.

We want our boys to be secure, confident, giving, thoughtful, creative and free from guilt and shame. We want them to embrace a practical spirituality, be able to share openly with us, and be proud of who they are. We want them to be money-savvy, hard-working, have a servant’s heart and put the needs of others before their own–among other things.

You can question our methods if you want but trust me, most of them have been very intentional and can be traced back to trying to accomplish the above.

3. Don’t do it just because everyone else is doing it.

I never had a nursery for our boys, can you believe that? We had a brother-in-law living with us when our first baby was born and when the second was born, he lived in our room for more than two years anyway. I would have loved to have decorated a nursery but the whole “sleeping in the crib” and “changing them on the changing table” was just not my way. I see pictures of parents on the floor of the nursery playing with the baby. I never did that, either.

I can remember battling nap time with my oldest when I read that, at 6 months, they should be napping on such-and-such a schedule. I’d bounce, sway and sing for an hour to no avail just because I thought he “should” be sleeping from 1:00 to 3:00 every day. I gave up and within a few weeks, he was zonking out on his own volition at about that time. Nurseries are cute and scheduled sleep is nice but if it doesn’t work for you, scrap it. They’ll eventually figure it out, probably about the same time your “plan” would have kicked in.

4. Get confident on the important issues…and learn to either defend yourself (or keep your mouth shut) when they arise.

If you take a hard core stance on a controversial issue like vaccinations or schooling, be ready to stand up for what you believe.

As I matured as a mom, I eventually stopped sharing my opinion altogether.

It was funny but the more confident I got, the less compelled I felt to share.

My typical response now is just, “Wow, I could never do that,” or “Hey, you have to do what works for you.”

Really…how many times have you changed your mind on something based on a heated argument about it? Yeah. Let it go and if it matters that much to you, speak to that one mom privately later.

I was playing Bunco with some church friends when the topic of breastfeeding came up. An acquaintance asked me how long I nursed. “Two years,” I told her. My good friend seated next to me kicked me under the table.

Later she said, “Two years?! Didn’t you nurse him until he was three??”

“He was two and eleven months,” was my simple retort.

I didn’t  want to get into that conversation with that acquaintance or defend or debate the topic so I didn’t “go there.” You don’t have to share everything!

Along the same vein…

6. You don’t have to receive feedback on every aspect of your parenting, either.

If you DO share and someone starts to offer their opinion or an unwelcome solution, a simple “I’m not really open to suggestions” will usually shut them down.

7. Realize that all mothers are doing the best they can.

This took me a while to figure out because I truly didn’t understand some of my friends’ parenting techniques and couldn’t comprehend why they would question mine.

It amazes me that, as we evolve and change, the first thing we want to do is judge those who haven’t evolved to the same level–even if we were on their level 24 hours before.

I start buying organic macaroni and cheese because I found it on sale and the next thing you know, I’m writing a blog post about the dangers of yellow dye #7.

I’ve never met a mom who wasn’t doing the best she could at her level of knowledge within her own capabilities.

Every mom was raised differently, has different priorities and quirks, thinks differently than you and has different limitations and resources. No two moms are alike. There is no one-size-fits-all parenting and we’re all on a lifelong learning curve–and we’re all looking for a pat on the back (and maybe an afternoon alone with our favorite beverage).

There are things that you will know better down the road and you’re just not there yet. Let’s all remember that.

8. Give yourself a break.

I mean this on every possible level. Go easy on yourself…and, seriously, take frequent breaks.

Ask for help. Tell people what you need. Lower your expectations–for yourself and for other people. You’re not always a joy to deal with, either. Work on what needs improving, then sit down and read a magazine.

I gave up my title in 2010 and tossed my cape for good but it was a long battle, and one I still fight. Read more here: The Day Super Mom Died

10. It just keeps getting better.

I wish I could take credit for how fantastic our boys are turning out but I know it is a mix of many factors (including my very intentional choice of marrying a pretty terrific guy). The older our boys get, the more fun I have with them. Their senses of humor are coming out. They’re more thoughtful and independent. They make me laugh. They look out for me.

When I read through all of these lessons in motherhood, it reminds me of how much work I’ve put in…and I can honestly say, as cliche as it sounds, that it’s all been worth it.

And now we’re expecting a new baby in September 2017 and we get to do it all over again!

And there you have it. My mothering advice.

Motherhood is hard. It’s also glorious. And messy. And exhilarating.

Whether you are a mother, have a mother, neither or both, I salute you today! Here’s to the next decade!

ARE YOU READY TO ELEVATE YOUR LIFE AND STYLE? 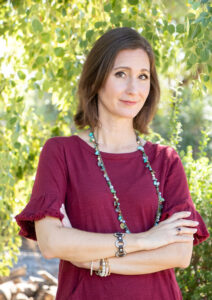 Hey there! I’m Tab and my passion is teaching women to dress confidently in their best colors so they’re free to walk in their God-given purpose. I also write + offer gatherings, workshops and events geared toward creativity, connection and JOY. Please enjoy exploring, I’m so glad you came! Read More… 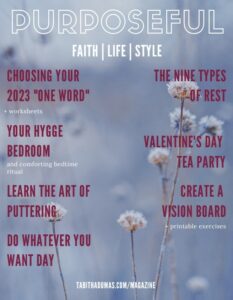 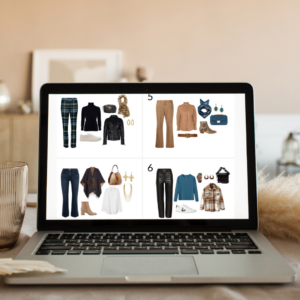 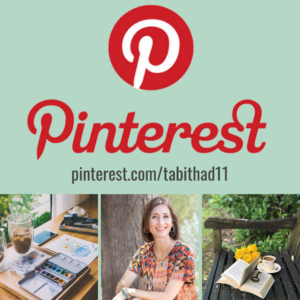 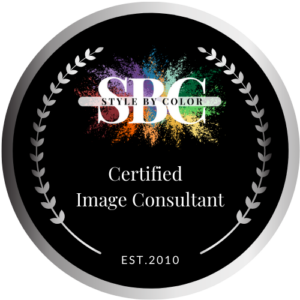