First published on my Pleasant Places blog, May 2010 here. Updated in February, 2016.

Lesson from the orchard: when God prunes us.

It’s been over seven years since I got a spiritual wake-up call. I knew God was asking me to change. One of the themes was “Figure out what you’re afraid of and get past it.”

I wonder now…how can a person be scared out of their mind and not even know it?

That night in 2008, fearful thoughts clung to me like early-morning mist to a marsh. 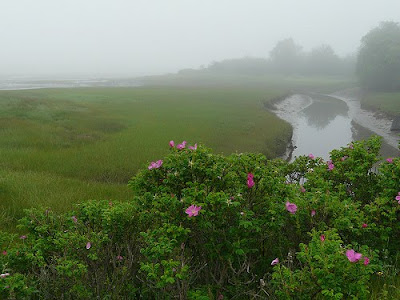 I couldn’t shake the feeling of impending doom.

For the first time in my life, I felt fearful and scared for no good reason. I would have the “fight or flight” response come over me at the most odd times, when nothing scary was even happening. I could feel my heart race and my hands and feet flare up with sweat.

I didn’t know it at the time but God was coming toward me holding a gigantic pair of pruning shears. At first, it looked ominous and threatening.

Little by little, I started confronting the feelings I was having. I looked my fear in the face.

I stopped pushing away the fearful urgings and started asking, “Where is this coming from?”

I knew God wanted me to “go there,” even though I didn’t know where “there” was.

The lies were ugly.

My parents wouldn’t love me if they knew the real me. If life ever got really difficult, I would walk away from God. My death would be a horrible experience, because that’s what I deserve.

You are weak. Your faith is weak. You don’t deserve anything good in life until you are perfect. The work Jesus did wasn’t enough. God chose you and He can unchoose you.

I was even afraid to open my Bible, for fear that I would read about something terrible that God did to someone else, that would fuel my fear of what He was going to do to me.

The enemy knows where we are weak and he is relentless. But God is even more relentless.

Philippians 1:6 “Being confident of this very thing, that He who has begun a good work in you will complete it until the day of Jesus Christ.”

So we set about pruning the lies away, one by one. Snip, snip, snip. 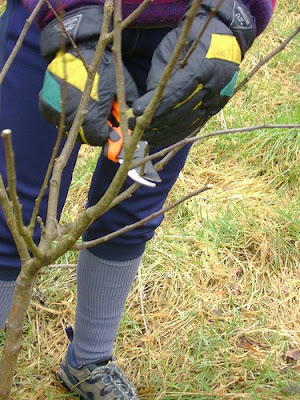 Sometimes the lies came in a tidy little set. Other times, one would come out of nowhere and nearly take me down, back into the pit of despair. But I was learning to identify the lies and confront them.

I was being pruned. And it hurt.

Eventually, I saw God’s pruning for the loving, tender gesture that it was. “Let’s get rid of this ugly, gnarled thing…so something beautiful can grow in its place.” 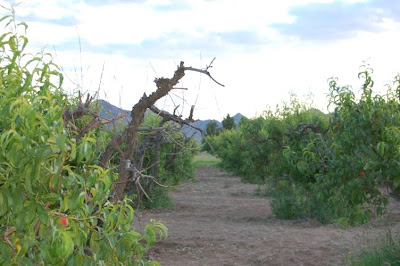 The new growth is so lovely, so healthy. 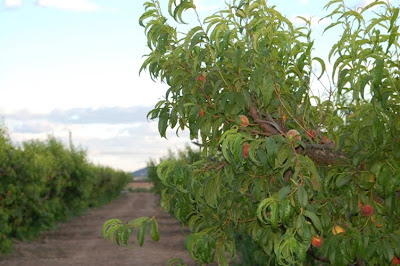 In 2008, I was too sick because of the miscarriage to attend an event called “Dinner Down the Orchard” with my mom, where you eat a gourmet meal cooked by a local chef in a local peach orchard at Schnepf Farms.

The owner of the farm pointed out that the tress are only about six feet tall because they are a pick-your-own peach farm. He said that they trim the tops of the trees to prevent them from growing any taller than a person can reach. 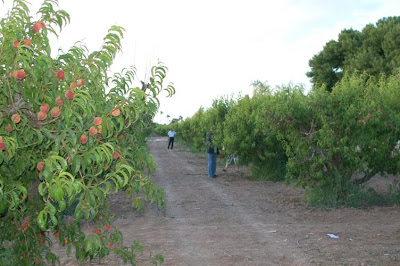 But there was another reason they cut the tops off: to allow light to shine in the inner parts of the tree, too, instead of just the outside.

It hit me. That’s what God did two years ago. He hacked me off, in what might have seemed like a vicious act…to let His light shine on even my darkest parts. 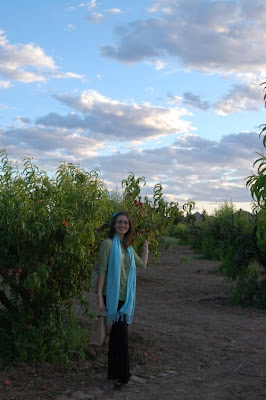 His light is amazing.

I am grateful for the pruning…and for the new growth. 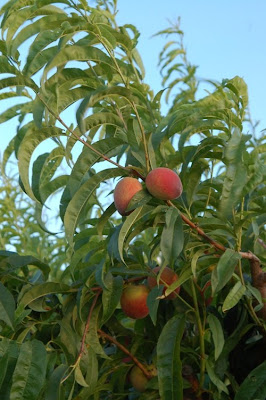 And I am grateful that in 2010, my mother and I got to celebrate. 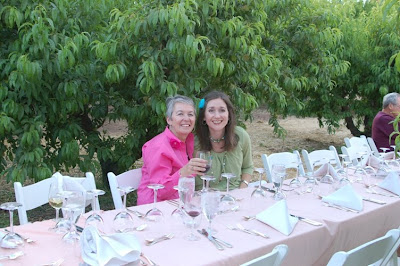 I still fight the fear every so often. But I am so much stronger now.

Gaining victory over the fear tastes sweet. Just as sweet as this peach cobbler that was the perfect end to the perfect celebration. 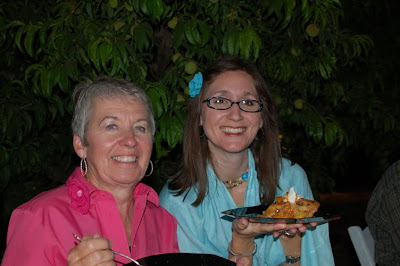 Thank you, Lord, for the freedom that comes from becoming more like Your Son.

When women learn to dress well and show up boldly to their lives, they change the world. I'm Tab, a wife, mama and "purveyor of purpose" in Chandler, AZ and my passion is teaching women strategies to dress in their best colors and fine tune their wardrobe so they are free to live out who they were created to be. Please read and explore, I'm so glad you came! Read More…