Yup, it’s that’s time! Twenty weeks of pregnancy, half way done and time for the big boy or girl announcement! We had a gender reveal party on Saturday and leading up to it, I asked people “Boy or girl?” My pet peeve? When they reply “healthy.” I want to say, “I thought that went without saying but evidently not.” So!

Here’s a little backstory about WHY the boy or girl matters.

All my life, I wanted to be a mommy. Even as a preschooler, I was passionate about dressing, toting around and caring for my babies. I even spent my allowance on real baby diapers for my diaper bag. I was the girl at the mall pushing her doll in a stroller.

I bathed them, changed them, fed them and took them to church.

I wasn’t always sold on becoming a wife but I knew I wanted to be a mom.

I was blessed to marry a man who wanted a family. We were married for about two years before we decided it was time to start having kids. After visiting a kinesiologist and changing some of my health habits, we quickly became pregnant (aaahhh, youth).

We saw midwives during my pregnancy and planned to do a home birth so we never had an ultrasound. We were perfectly fine with being “surprised” at the birth.

I will tell you this…all my life, I’ve wanted a daughter. I’ve seen my mom and aunt’s relationship with my grandmother. My mom and I are incredibly close. I wish everyone could experience the kind of relationship I have with my mama!

But with our first baby, I didn’t have a preference or a guess on the gender.

Unfortunately, a last-minute complication landed me in the hospital and I don’t even remember them saying, “It’s a boy!” I do remember spending the first hour after he was born saying over and over, “It’s a boy. It’s…a boy. It’s a boy!” And the first thing I did when we returned home from the hospital was send my friend to Target with a gift card and strict instructions to “buy the most boy-ish clothes they have!” I was so over yellow and green!

When our son was about age two, we decided it was time to “try” again and got pregnant the first month. Sadly, that pregnancy ended in an early miscarriage. We didn’t waste much time and a few months later, got pregnant AGAIN on the first try.

I love being a boy mom and the idea of brothers made my heart sing. Again, I didn’t have a preference or a guess but I was secretly hoping for a boy. We did have an anatomy ultrasound that time and BOY, was he obvious!

He was near age three when we started thinking about adding to our family again. Your mid 30s will do that.

It took us FOUR YEARS to get pregnant this time. And we ordered a girl.

The first two times, it really didn’t matter to us. This time…it mattered.

So, yes, we want a healthy baby. And I would never enter a pregnancy with my hopes on one gender or the other. I feel incredibly fortunate to get to bring another child into the world, regardless of the gender.

But God has always known I wanted a daughter. And since the very first time we started “trying” for this one, we made it clear…we want a girl.

Many people have told us they’ve held out hope for a girl. You can read about it on borrowed hope.

So you ask me if we want a girl? YES.

Are our hopes WAY up that this one is a girl?? YES.

I’m 39! This could be our last. And I knew God knew the desire of my heart.

I was in the shower one day, shaking my head in wonderment about being pregnant, and thinking, “A girl, though?? That would be waaaayyy above and beyond!”

And I heard that still, small voice say, “I gave you the baby you wanted. Why wouldn’t I give you a girl?”

God is funny that way. He really loves to go above and beyond. And He did.

I believe YOU can gain the color confidence to shop, dress & accessorize to express your true self so you can boldly pursue your dreams! I'm Tab, a wife, mama and "purveyor of purpose" in Chandler, AZ and my passion is teaching women strategies to dress in their best colors and fine tune their wardrobe so they are free to live out who they were created to be. Please read and explore, I'm so glad you came! Read More… 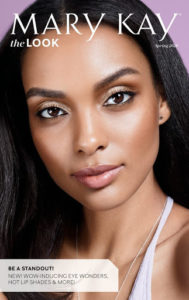